Is Football Ready for a Tech-Driven Revolution?

Why increasing the use of technology in football could enhance player development as well as boost coaches in the long term.

From the fans perspective, July and August are the months that create the most intrigue and excitement within the football world. Not only do a lot of major leagues including the English Premier League start during this period. Fans around the globe are fascinated by the multi-billion-dollar phenomenon of the game. The transfer market. This period also has a key focus on player development not only in the first team but also throughout academies making sure young players are ready when called upon.

Technology is currently used in football with the phrase Moneyball often referred to when talking about tech and sports analytics. Moneyball has gained increasing acceptance within the professional game. Implementing a Moneyball strategy means developing a game-day strategy through analytics, as well as basing player recruitment on data. The recruitment side of Moneyball has been used by some of the biggest teams within professional football including Liverpool, Aston Villa and Brentford who are a newly promoted English Premier League team.

However, BreakAway Data, an American based organisation believe that with modern technology and analytics a Moneyball style approach can be similarly applied to aiding the player development process, reducing the risk of injuries and refining both in-game and position-specific techniques and skills. Player development has become a key aspect for coaches to focus on. Not only is it important for players as it allows them to really improve and develop their skills, but it is just as significant for football coaches if they encourage and facilitate player development. Not only will it benefit the individual, but it will also benefit the team.

What new technology would benefit football

Biomechanical analysis has played a significant part in the tech-driven revolution in American sports such as Baseball and Basketball. The question is could this technology have a similar impact if used and adopted in football to increase performance? In short, the answer is yes.

However, it is expensive and will require clubs to hire new staff in the form of Research and Development (R&D). Hiring R&D staff to create this biomechanical analysis will help identify and develop position-specific skills which are needed in the game of football, for example, Strikers taking penalties or Goalkeepers collecting the ball from a packed penalty area. This technology allows football players more specifically youth football players to showcase their talent and athleticism. The use of this technology will allow professional teams to conduct a more in-depth analysis once initially scouted and are put on trial by the club.

The data collected by the biomechanical analysis would also be able to provide analysts with the injury potential of each individual athlete. Allowing the coaches to create individual training programs which would enhance personal development and make sure players performance peaks when game day comes around.

Currently, this is only a concept based on what other sports are doing to increase player development and gain potential advantages over their opponents. The quickness and physical aspects of the sport alongside the variety of positions in football, make implementing such a futuristic technology imperative for the future success of the game. Although there are barriers to overcome such as the cost of this implementation and the time-consuming nature it would help football keep up to date with the ever-changing technology world. Using this technology and looking at it from a position-specific point of view will help coaches understand the “why”. For example, if analysing a Striker, would allow coaches to analyse and understand why the player opted to go for power over placement. 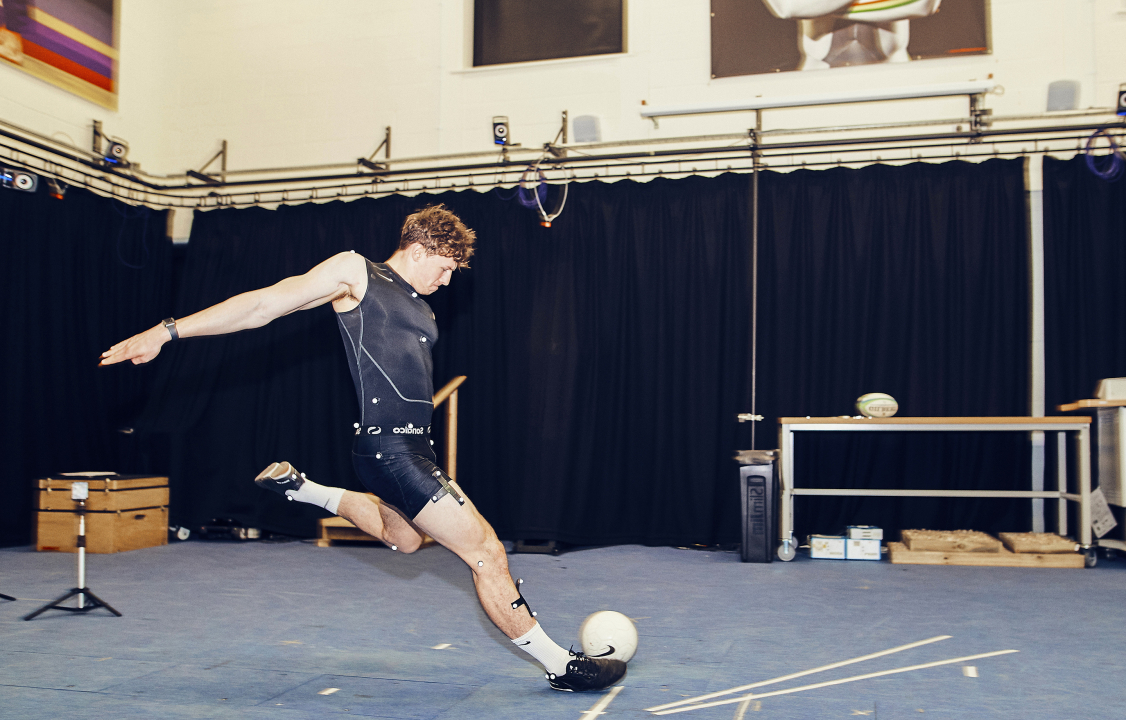 As highlighted previously, for professional teams and their coaches it is all about gaining an advantage over your opponents no matter how small that advantage is. The introduction of motion capture assessment software would help. This would allow analysts and coaches to look at a variety of personal player metrics such as accuracy, defensive coverage, and speed of pass. More detailed metrics such as expected goals which looks at the quality of the shot and adds up how many goals a player or team should score on average and Passes Allowed per Defensive Action (PPDA) this metric calculates the number of passes the opposition team make before a player makes a defensive action e.g., a tackle interception or a foul^1.

How to better use current technology

Nearly every professional and semi-professional team are using GPS tracking whether that’s in training or during a game. These trackers all provide similar types of data including distance covered and speed. The trackers are also used to manage workload to reduce the risk of injuries. Although this data is very useful, it is only the tip of the iceberg for what analysts and coaches could use this data for. For example, GPS tracking could be used when specifically looking at dribbling and how long it takes players to get from where they picked the ball up to their target area. 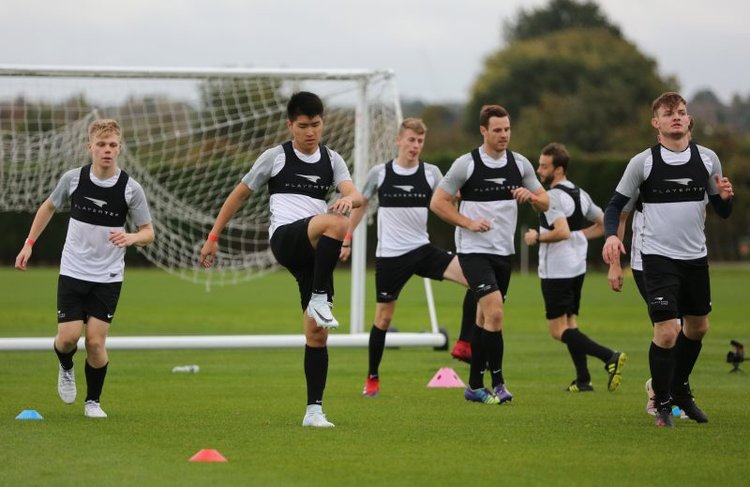 While penalties are a massive part of football, using GPS tracking could help improve how effective they can be. By using GPS tracking, you would be able to see the heart rate of a player which will help judge whether they can cope with the pressure. The level of detail which can be extracted from the GPS trackers would allow coaches and analytics to monitor players' development in a lot more detail. What’s important to remember as a coach when looking at player development identifying strengths are just as important as identifying weaknesses. Using the raw data from GPS tracking would be able to do that. GPS tracking is a highly regarded tool for coaches in multiple sports as it allows insight into whether a player can replicate what they are doing in training, on match day. Player development is also about making sure the feedback they are given is engaging. Using GPS data to provide feedback could increase training performance as the players will feel more engaged and looked after.

Dominique Stasulli is an author who has looked in-depth into the future of GPS tracking. Stasulli suggests that the importance of these trackers will continue to increase with more integration of data as well as looking at improvements in acclamatory heart rate. Collecting this type of information from a football perspective will be crucial as it will allow coaches to replicate real-life game situations in training whilst avoiding overtraining and burnout^2.

If you would like to find out more about Treiner or have any questions on how Treiner can help you succeed, please click here.